”My friends told me I looked fine, but I knew better. My face was dull. I had horrible sun damage. The Aesthetic Med Studio staff was really understanding and helpful. With the Visia imaging, I felt encouraged about how good I could look with a few laser treatments. Now I love the smooth, creamy, glow my skin has. I look years younger!

”People told me I looked tired all the time and that was even after I got a lot of sleep. Karlene suggested Radiesse for my cheeks and jowl, Botox for a brow lift, and Skin Tyte on my neck. What a difference! There is more definition to my face and I look so much younger. I even look happier. Well, of course, I am happier!

”When I went to Aesthetic Med Studio, I did not know what to do to improve my face. It did not have much definition. After the nurse injected dermal filler to my cheeks and chin, I was delighted at how great I looked and how quick and easy it was. I feel really pretty with a nice profile and high cheekbones. I feel this is the way I should have always looked!

”During my twenties, the hair on my back and chest began to grow excessively. Every year, more and more hair appeared. Since I have always been very fit and often go shirtless, I started to shave these areas regularly. This caused unsightly acne and made my skin very prickly to the touch, which my girlfriend hated.

I tried electrolysis, which was a very slow and costly process with minimal results. I tried waxing, which was extremely painful, caused even more acne than shaving, and only lasted two to three weeks. I was so unhappy with my skin that my self-esteem suffered.

At age thirty-three, I was introduced to Aesthetic Med Studio. Karlene was so understanding and honest about laser hair removal. She fully explained the possible side effects and was very honest about what I could and couldn’t expect as my final results. She was also completely straightforward and upfront about the total cost of treatments.

During treatment, Karlene was professional and had a wonderful “bedside manner.” After just one treatment, I didn’t see a single hair grow back for two full months! After that, the hair that did grow back was about forty percent less than before.
Now, after only five treatments, there is almost no hair on my chest and back. My self-esteem has increased immensely, and I can take off my shirt without embarrassment. Laser hair removal has been the most effective and permanent method I have tried!

I strongly recommend Aesthetic Med Studio to anyone who wants to be hair-free, carefree.

”Now that my laser sessions are complete — and I am hair-free in all the places I wanted to be — I just wanted to say Thank You! This is truly the best thing I ever did for myself.

”I no longer have to shave or wax my bikini line or my underarms. I found the laser treatments only slightly more painful than waxing, and only had to have treatment once every 8 weeks instead of every 3 weeks with waxing. Best of all—now that my series of laser treatments are complete, I never need to go for any type of hair removal again. I’m hair free and loving it! 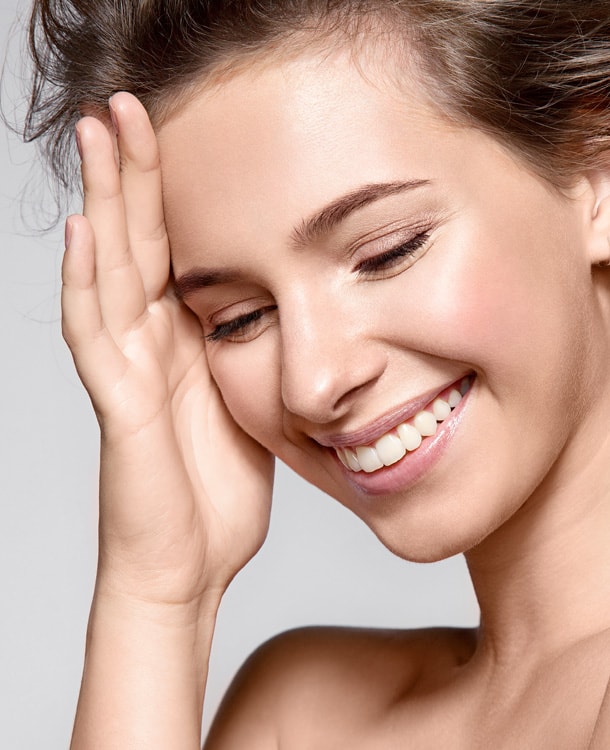 ”I had waxed for years and always liked how my underarms and bikini line looked after waxing but always hated the in-between stage — with unsightly hair and stubble that wasn’t quite long enough to get waxed, but was certainly long enough to be seen! I had to shave in between waxings if I wanted to wear sleeveless clothes, and then of course I would end up with stubble the very next day.

Now, thanks to the wonderful laser Aesthetic Med Spa provided, I have that clean, hairless look ALL THE TIME. 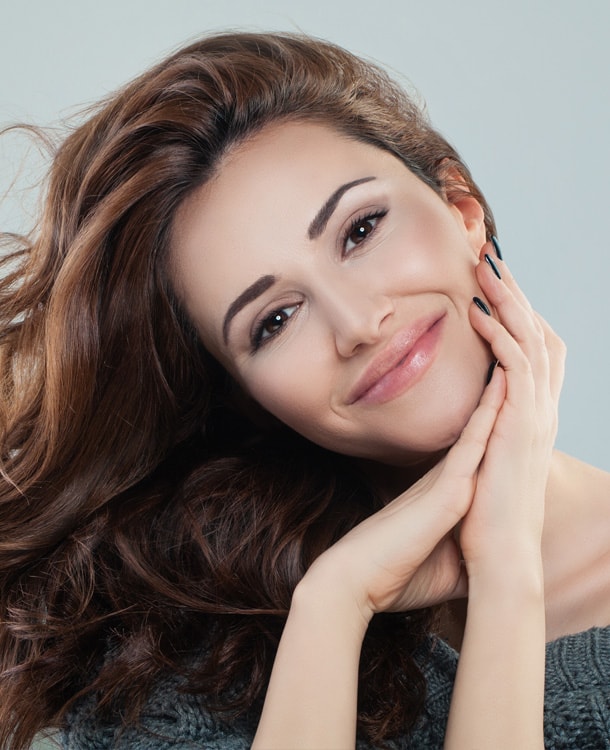 ”I have been receiving BOTOX® Cosmetic treatments at Aesthetic Med Studio and the results have been marvelous. My forehead lines have completely disappeared, as have the frown lines between my eyebrows and the wrinkles at the corners of my eyes. Additionally, I had noticeable wrinkling on my cheeks beneath my eyes, and with the BOTOX® Cosmetic, these wrinkles are gone too.

”I was reluctant to get into BOTOX® Cosmetic at first because, although I was sure I would like the results, I thought I would be returning for treatments every two months and that it would be too expensive. But I have been able to go up to six months between treatments with only the tiniest bit of wrinkles re-appearing.

”I recently attended my thirty-fifth class reunion, which is a story I won’t share here, but people could not stop commenting on how young I looked.

”I drive over 100 miles each way just to see Karlene.

”I don’t let anyone touch my face except Karlene – she can never retire!

NEW TREATMENT ALERT!!! We are so excited to have